Grammar, Punctuation, and Other Helpful Rules 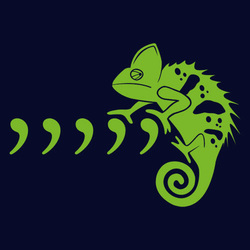 Rule 1. To avoid confusion, use commas to separate words and word groups with a series of three or more.
Example: My $10 million estate is to be split among my husband, daughter, son, and nephew.

Omitting the comma after son would indicate that the son and nephew would have to split one-third of         the estate.

Rule 2. Use a comma to separate two adjectives when the word and can be inserted between them.                 Examples: He is a strong, healthy man. We stayed at an expensive summer resort.
You would not say expensive and summer resort, so no comma.


Rule 3. Use a comma when an -ly adjective is used with other adjectives.
NOTE: To test whether an -ly word is an adjective, see if it can be used alone with the noun. If it can, use the comma.
Examples: Felix was a lonely, young boy. I get headaches in brightly lit rooms.
Brightly is not an adjective because it cannot be used alone with rooms; therefore, no comma is used between brightly and lit.

Rule 4. Use commas before or surrounding the name or title of a person directly addressed.
Examples: Will you, Aisha, do that assignment for me? Yes, Doctor, I will.
NOTE: Capitalize a title when directly addressing someone.

Rule 5a. Use a comma to separate the day of the month from the year and after the year.
Example: Kathleen met her husband on December 5, 2003, in Mill Valley, California.

Rule 5b. If any part of the date is omitted, leave out the comma.
Example: They met in December 2003 in MillValley.

Rule 7. Use commas to surround degrees or titles used with names. Commas are no longer required around Jr. and Sr. Commas never set off II, III, and         so forth.
Example: Al Mooney, M.D., knew Sam Sunny Jr. and Charles Starr III.

Rule 8. Use commas to set off expressions that interrupt sentence flow.
Example: I am, as you have probably noticed, very nervous about this.

Rule 12. Use a comma to separate two strong clauses joined by a coordinating conjunction--and, or, but, for, nor. You can omit the comma if the clauses         are both short.
Examples: I have painted the entire house, but he is still         working on sanding the doors.
I paint and he writes.

Rule 13. Use the comma to separate two sentences if it will help avoid confusion.
Example: I chose the colors red and green, and blue was his first choice.

Rule 15. If the subject does not appear in front of the second verb, do not use a comma.
Example: He thought quickly but still did not answer correctly.

Rule 16. Use commas to introduce or interrupt direct quotations shorter than three lines.
Examples: He actually said, "I do not care."
"Why," I asked, "do you always forget to do it?"

Rule 17. Use a comma to separate a statement from a question.
Example: I can go, can't I?

Rule 18. Use a comma to separate contrasting parts of a sentence.
Example: That is my money, not yours.

Rule 19. Use a comma when beginning sentences with introductory words such as well, now, or yes.
Examples: Yes, I do need that report. Well, I never thought I'd live to see the day . . .

Rule 20. Use commas surrounding words such as therefore and however when they are used as interrupters.
Examples: I would, therefore, like a response. I would be happy, however, to volunteer for the Red Cross.