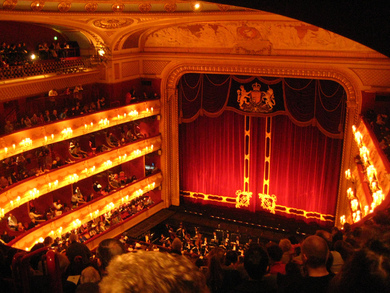 "Party Patches" is an excellent example of Horatian satire.  The goal of The Spectator, the paper which Joseph Addison and Richard Steele wrote and published, was to give moral correction and guidance.  In "Party Patches," Addison points out the laughable political antics of women at the opera, then flatteringly persuades them to act according to the virtues singular to their gender.

The Moral Problem:  Women are using fake moles or patches, and the side that they place the mole on has political significance.  Those who patch on the right are Wigs, and those who patch on the left are Tories.  Those who patch on both sides are neutral.  These patched women are now taking sides of the theater, and the neutral women in the middle are quickly being recruited.  The feuding political parties are in a cat-fight war, which is beneath their nature and unhelpful to their perspective political parties. These women are swept up in a competition that is causing them to act below their virtuous nature for a cause that is unconcerned with their actions.

Comedy: Metaphors & Comparisons
- Mock Battles:  Addison lightly mocks the competition between the Whig and Tory supporters by comparing the opera hall to a battle field.  Each party is camped on either side, and the ground to be won are neutral the women sitting in the middle.  Their epic battles are defined by who had the most supporters on that given night at the opera.
- Amazons:  the metaphor here is a comparison between the patching women and Amazons.  Amazons were mythical tribes of warrior women who lived and ruled parts of South America.  The Amazons were considered to be ruthless warriors capable of all the military prowess of men.  Addison is satirizing the women's militant aggression towards one another.
- Poor Rosalinda:  Here is a comedic example of a poor young woman who had the misfortune to be born with a natural mole on the wrong political party's side of her face.  Not only has it lead her to be accused of supporting the enemy, but it has mislead many suitors who have tried to win her with political talk, only to be shot down.
- Tigress: It was rumored that when a tigress was angry, her spots rose to the surface.  The metaphor here means that the angrier these woman got over politics, the more they patched their faces.

So how does Addison get these women to lay to rest their party-rage? Flattery.
Remember, this is the Neoclassical Age.  All of the educated people idolized the accomplishments of ancient Greece and Rome.  So how better to correct the behavior of women than to remind them of the great political accomplishments of women in ancient Greece and Rome?
Example: The Roman and Sabine women pleaded with their husbands and fathers to not war with each other.
Point: Woman have a great ability to promote peace, so they should do so.

Example:  English women are the most beautiful women in the world.
Point:  They should then strive to be the best at all other things as well, like being wives and mothers, rather than
political crazies.

And finally, in the words of  a classical ancient, Pericles himself, "I shall advise you in very few words: Aspire only to those virtues that are peculiar to your sex; Follow your natural modesty, and think it your greatest commendation not to be talked of one way or other" (370).

So what should women learn? Besides music and dancing, of course, because it would be cruel to deprive women of that.
- Languages: French and Italian
- Graces of speech and a necessary air of conversation
- Read Books
- History
- Cultivate Understanding

The result of women's education:
"A woman well-bred and well taught, furnished with the additional accomplishments of knowledge and behavior, is a creature without comparison; her society is the emblem of sublimer enjoyments; her person is angelic and her conversation heavenly; she is all softness and sweetness, peace, love, wit, and delight" (374).

The result of  not educating women:
A: " If her temper good, want of education make her soft and easy.  her wit, for want of teaching, make her impertinent and talkative.  Her knowledge, for want of judgment and experience, makes her fanciful and whimsical.
B: If her temper be bad, want of breeding make her worse, and she grows haughty, insolent, and loud.  If she be passionate, want of manners makes her termagant and a scold, which is much at one with lunatic.  If she be proud, want of discretion (with still is breeding) makes her conceited, fantastic and ridiculous.  And from these she degenerates to be turbulent, clangorous, noisy, nasty, and the devil.

Horse Metaphor: Ok ladies, try not to be offended
Defoe argues that so much time and energy is put into breeding and breaking horses, so should we not do the same for women?  To make a horse serviceable is to make a horse delightful and enjoyable.  He argues that education will do the same for women.  A woman, just like a horse or any other goods for sale, can not be judged by beauty alone: they need to be serviceable.

Although Defoe doesn't think that women should be in the government, he claims that women are too great to only be "stewards of our houses, cooks, and slaves" (375).  His arguments set a foundation for the education of women, as well as the equal right for all people to receive an education of equal quality.