1840-1870
All information is taken from the introduction to the unit in your book.

- “We have listened too long to the courtly muses of Europe.  We will walk on our own feet; we will work with our own hands; and we will speak own minds.” §Ralph Waldo Emerson, 1837
- During this time period, American writers began to distinguish themselves and an American writing style.

- By 1850, some of the greatest American Classics began to appear, ushering the American Renaissance of Literature.

- Feelings of self-sufficiency and trust in the goodness in others lead to new ideas in cooperative living.
- Brook Farm was the most famous and it attracted famous authors, like Hawthorne.

- All members of the community shared in the work on the farm, drew similar pay, and participated in the cultural and intellectual life.

- Hawthorne was quickly disillusioned and later wrote: “No sagacious man will long retain his sagacity, if he live exclusively among reformers an progressive people, without periodically retuning into the settled system of things.”

- 1848: 1st Women’s Rights Convention in Seneca Falls, NY.
- Organized by Elizabeth Cady Stanton
"Because man and woman are the complement of one another, we need woman's thought in national affairs to make a safe and stable government." -Elizabeth Cady Stanton
- Activist Sojourner Truth delivered a speech entitled "Ain't I a Woman?" at the 1851 Women's Rights Convention in Akron, Ohio.
- One famous line stated, "If the first woman God ever made was strong enough to turn the world upside down all alone, these women together ought to be able to turn it back, and get it right side up again!" 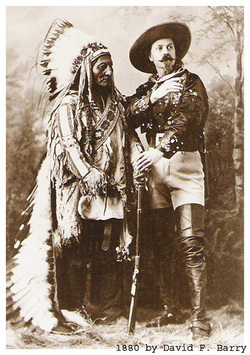 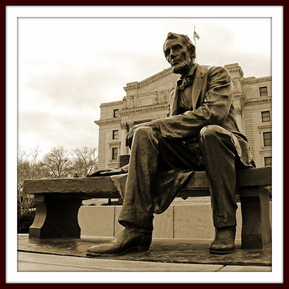 - The Mexican War 1846-1848: Abolitionists viewed it as an attempt by slavery advocates to extend slave holding territory.
- Congressional Acts inflame Controversy and Inspire Defiance
The Fugitive Slave Law of 1850: Compelled the return of runaway slaves to their owners.
Some Northerners refused.
Emerson and Thoreau publicly stated that they would not uphold this law.
- The Underground Railroad
The “Underground Railroad” was set up by Northerners to assists escaping slaves on their way North and into Canada.
The escape of slaves to Canada provided the climax for Harriet Beecher Stowe’s Uncle Tom’s Cabin.
Harriet Tubman, after escaping slavery, lead, on 15 trips to the South, hundreds of Blacks to freedom, via The Underground Railroad, in the North and Canada.

12. Major Dates in the Civil War

- 1861: Southern states seceded and the firing on Fort Sumter began the conflict
- 1863: The Emancipation Proclamation freed the slaves
- Battle of Gettysburg won by the Union army
- Lincoln gave the Gettysburg address.
- 1865: April 9, Lee surrendered to Grant at Appomattox