American Indians accumulated a rich body of literature in which poetry played a central role.  They relied on the sacred power of language to help them through life, creating and chanting poems whenever they felt the need to align themselves with, or appeal to, the mysterious powers that governed all aspects of daily experience.
Thus their poetry served a multitude of functions:
- Celebrating
- Praising
- Explaining
- Mourning
- Communicating
- Remembering
Native Americans used poetry to help them in hunting, in planting, in harvesting, in dancing, in making war, in overcoming trouble, in observing life, in confronting death.
Poetry, like property, was communally shared.  Any member of the tribe could create a poem, but it then became a possession of the tribe, to be used by all.  Often the recitation was by a group, chanting in unison to the accompaniment of a drum.  Repetition of phrases and lines, as in song, was therefore common.
Poems like these tell a great deal about the people who wrote them and about their culture.  These people celebrated nature and saw enchantment in everyday occurrences.  The images, or word pictures, are generally drawn from the natural world - a world both beautiful and mystical: the Holy Wind, white light winking, a singing bush, a horse with legs "like quick lightening." 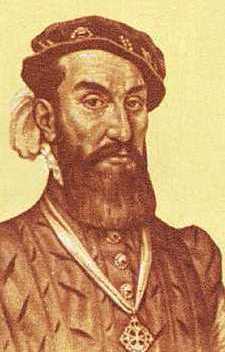 Here are some of his ideas about the Natives:
- Cannibalism
- Human Sacrifice
- Ignorant & Savage