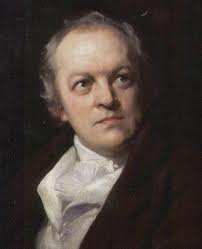 William Blake was not recognized  for being one of the most original minds of his time until late in his life.  For most of his life he lived in a London working-class neighborhood in relative obscurity.  He and Robert Burns are considered to be forerunners to the Romantic movement because of the subject matter, themes, and style of their writing.  They lived their lives unaffiliated with any literary group, working labor intensive jobs in obscurity.

Blake is best known for his two books of poetry: Songs of Experience and Songs of Innocence.  These poems demonstrate themes that link him with the Romantic Movement: Childlike Simplicity, Lyricism, and Visual Immediacy.  His poems used childlike images,  simplistic words, and repetition to convey complex ideas.  His poetry also displays an intense personal quality that expresses emotion and feeling in his art and poetry.

As well as being a poet, Blake was interested in becoming a painter.  He went to drawing school and spent some time as an apprentice to an engraver.  He created engravings to illustrate his poems and ideas. 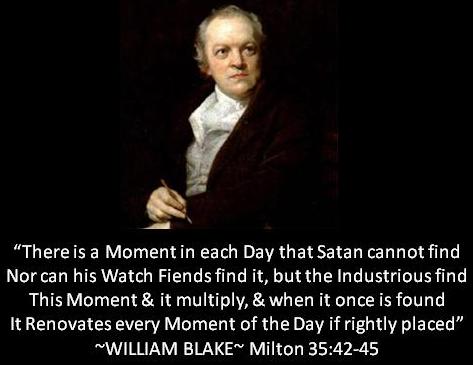 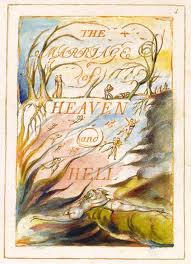 The central idea of Blake's writing was his idea of  "contraries."   He believed that is was necessary to experience opposites in life.  A person should experience success and failure, pain and joy, prudence and excess.  These contrary experiences were then necessary in order to understand life.  Blake demonstrated these ideas while writing Songs of Innocence and Songs of Experience. 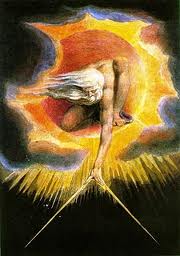 "Lamb" and "Tyger" are more about creation and the nature of the creator than the respective animals.  The lamb and the tyger provide a symbolic starting point for the theological argument: who created us, and how could the same creator that made the lamb also make the tyger? It's the same theological debate that continues today: How could  God create good and evil?  Theologically speaking, we believe that God allowed evil to infect the world.  He knew that Satan would fall, and he knew that Adam and Eve would sin; yet he still gave them a free will and provided a plan for salvation and redemption. Blake was still struggling with these ideas, so consider these poems as him working out the concept through poetry. 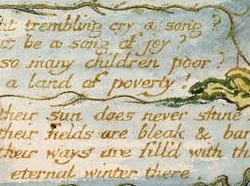 Both Songs of Innocence and Songs of Experience have a poem titled "Holy Thursday."  Both are about Ascension Day, which is a religious holiday that falls forty days after Easter marking the ascension of Christ.