Unit 1: Traditions in the Short Story

Plot in the Short Story

1. Setting/Exposition: the beginning of the story:
A. When
B. Where
C. Who
D. Necessary background information
2. Conflict: it is the problem the sets off the series of events to come.
A. Man v. Man:  The conflict is between two characters or it is an external struggle.
B. Man v. Himself:  A character has an internal struggle within themselves.
C. Man v. Nature:
3. Rising Action: the series of events (cause & effect) that lead up to the climax.
4. Climax: the point at which the conflict must be resolved.
5. Falling Action: the outcome of the climax
6. Conclusion: the end of the story.
Writers describe the world they know. Sights, sounds, colors, and textures are all vividly painted in words as an artist paints images on canvas. A writer imagines a story to be happening in a place that is rooted in his or her mind. The location of a story's actions, along with the time in which it occurs, is the setting.

Setting is created by language. How many or how few details we learn is up to the author. Many authors leave a lot of these details up to the reader's imagination.


People exist in a particular time and place. Where we live may contribute not only to our personality, but also to our values, attitudes, and even our problems. In literature, setting (time and place) can also influence characters and what they do.

Time We need to consider four kinds of time that may carry particular associations with them:

Place We may find significance in the actual location where the action occurs, but we need to pay attention to the nonphysical as well as the physical environment.

The physical environment, including weather conditions, may be specifically described.

The nonphysical environment includes cultural influences such as education, social standing, economic class, and religious belief. These may be revealed by physical properties in the scene or through the characters' dialogue, thoughts, statements, and behaviors.

Uses of setting:
The setting may be nothing more than the backdrop for what occurs; however, it may be directly linked to mood or meaning.
Reading for setting Sometimes the setting is clearly described by the narrator. However, some works will require you to search for clues, especially with regard to the nonphysical environment.

Theme: "Through the Tunnel," Doris Lessing 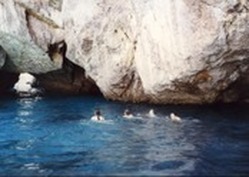 What exactly is this elusive thing called theme?
- The theme of a fable is its moral
- The theme of a parable is its teaching
- In fiction, the them is not intended to teach or preach. in fact, it is not presented directly at all.  The reader must extract it from the characters, actions, and setting that make up the story. In other words, you must figure it out for yourself.

Writer's task: The writer must be able to use themes in order to communicate on a common ground with the reader.  Although the particulars of your experience might be different than the details in the story, the general underlying truths behind the story may be just the connection that booth you and the writer are seeking.

The Book's Definition:
- The underlying meaning of a literary work.
- The theme may be stated or implied.
- Theme differs from the subject of the work in that it involves a statement or opinion about that subject.
- Not every literary work has a theme.
- Some literary works have more than one theme.

Approaches to finding Theme:
- Think through the events in the plot and the effects they've had on the characters.
- Remember what theme is not:
- Not a moral
- Not a subject
- Not a summary

Point of View: "Forgiveness in Families" 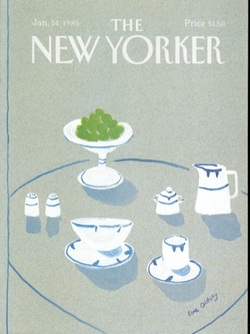 Definition: the perspective from which the story is told.

Point of View means that the story is told through the eyes and mouth of a certain person; the story can change
considerably, depending on who is telling it.

First person narrator:Story is told from the inside; narrator is a participant in  the action
·Narrator is often the protagonist or minor character; we  see only what he/she sees, in the way that he/she sees it.
·Advantage: first person narrator has immediacy and a sense  of life.
·Disadvantage: the author may be frustrated in that he/she  can only include things that the narrator would be expected to know; also,
we  are locked within the mind of the narrator.

Third person narrator: usually a nameless narrator who  can be identified with the author.

Omniscient narrator:  godlike  narrator; he/she can enter character's minds and know everything that is going  on, past, present, and
future.
Advantage:  very natural technique; author is, after all, omniscient regarding his work.
Disadvantage:  unlifelike; narrator knows and tells all; is truly a convention of literature

·Viewpoint character:  third person narration that is  limited to the point of view of one character in the novel; may be a protagonist  or a minor character.

·Objective viewpoint:  limited narrative, like a drama;  narrator can only describe words and actions that can be seen objectively and  cannot get into character's thoughts

Combination of narrative techniques is possible in a novel. 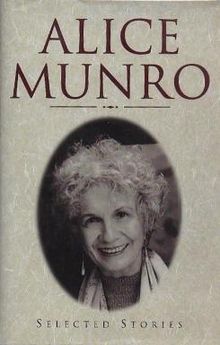 1. In “Forgiveness in Families,” who has the more accurate view of Cam’s character, Val or her mother?  Explain.  Is Val justified in her feelings toward Cam?

2.  Discuss the meaning of the last two sentences in the story, “Forgiveness in Families.”  Write them in your own words.

3.  With references to “Forgiveness in Families,” explain which has the greater influence on child development, heredity or environment.

4.  ”Forgiveness in Families” explores issues such as sibling rivalry, lifestyle choices, jealousy, conformity, and spiritual beliefs.  Choose one issue and write about its importance in the story.

5. Do you agree with this statement?
In “Forgiveness,” Val realizes that it is herself, not her brother, that is the cause of her problems. She reflects on the nature of life and
death, realizing that the seemingly insignificant things, which “don’t seem that much like life,” are in fact what we yearn for when faced
with death. She makes the startling confession that, in some part of her, she was disappointed when her mother did not die.
- Posted by jenniferc at 7:49 PM http://iwantpizza.blogspot.com/2007/01/what-makes-forgiveness-in-families.html