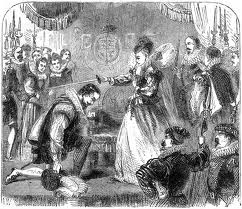 In 1776, the American colonists declared independence from Great Britain; but that process had begun more than 150 years before.  During those 150 years, the Americas were discovered by Europeans, colonists populated the East coast, and the indigenous native Americans were pushed out of their land by growing cities, towns, farms, and industries.
This unit covers the beginning of American Literature by following the course of American history.
The Age of Exploration in Europe was a result of the cultural Renaissance that swept through the continent.   The Renaissance's surge of academic and cultural creativity led to the increase in technology and a new emphasis on art, religion, and geography.  This new society indulged themselves with spices and silk from the East.  Technological advances lead to naval improvements and the founding of naval trade routes.  With the discovery of the New World, Spain, Portugal, France, and England viewed this land as a source of gold, fur, timber, and exotic foods.  With the English establishing colonies, soon a stream of immigrants voyaged across the sea to find their fortunes and freedom in the New World. 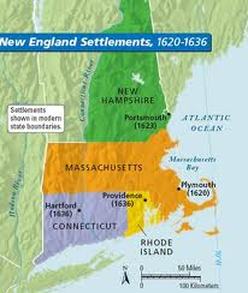 The Puritans came to the New England Colonies. The Pilgrims were the first, and they settled in Plymouth, Massachusetts, because they wished to separate from the Church of England.  Then, later, non-separatist Puritans followed. They derived their name from their attempt to "purify" the Church by simplifying worship and getting rid of rituals.  They viewed themselves as the children of Israel being led into a promised land.  They adhered to a strict code of moral behavior, believing that God's laws could only be understood through studying his word.  This also lead to a strong emphasis on education and the ability to read and write.  They turned to the sea and the forest for survival, and established industries in ship building, fishing,  and trading. 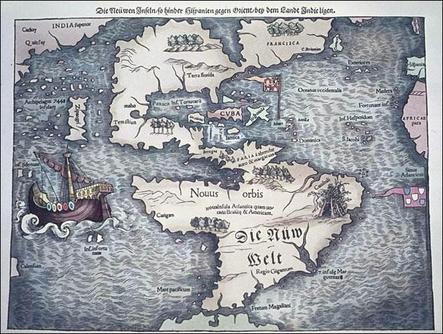 Columbus, a navigator from Genoa, Italy, combined facts and rumors from Arabic, Jewish, Portuguese, Irish, and even ancient Greek maps and writings, and convinced Ferdinand and Isabella of Spain to fund a quest for the western route to Asia.  When he found the New land in 1492, he thought it to be the coast of India, and so its varied inhabitants 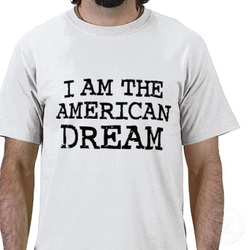 - Freedom
- Equality
- It's the idea that any American can achieve their dream with hard work and a little ingenuity, regardless of where they were born or who their parents are.  Sure, it could be the white picket fence; but it's really a collective idea that an American can achieve success in his/her lifetime. That could mean being the first person in your family to go to college or to own a house.  It could be to move to L.A. or N.Y.C. and become an actor.  Embark on a career change at the age of 40.  It is the hope and the faith that tells us that with hard work and determination, things will get better.

So how did we get these ideas?  The American Dream is what inspired many immigrants to come here.  It took a war to create it, and another war to give it to every American, and many other wars to defend it.

European Ideas during the Age of Exploration 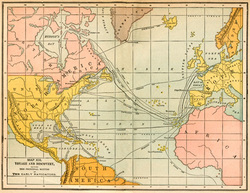 These ideas weren't brought from Europe with the explorers