–        Not until you are able to read aloud can you really appreciate all that poetry has to offer.

Characteristics of poetry such as figures of speech, sensory imagery, rhythm, and rhyme become more forceful when they are heard.

This is why poetry should be read out loud.

"The Addressing of Cats," by T.S. Eliot

"There Will Come Soft Rains," by Sarah Teasdale

About the Poem from: Source: Poetry for Students, ©2013 Gale Cengage. All Rights Reserved. 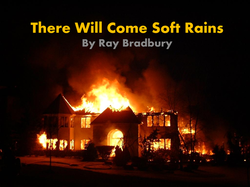 •         That book contains a story called “There Will Come Soft Rains,” and it is not by accident that the title is the same as Sara Teasdale’s poem published in Flame and Shadow thirty years earlier, in 1920, by MacMillan.

Bradbury borrowed the name directly from the poet’s work
•         He based his story on a theme similar to the poem’s, the senseless destruction of humankind by their own hands through war.
–        In the story, a talking house is left confused and devastated by the loss of its masters, who vanished in an atomic blast.
–        At one point, the house, lonely for its mistress, reads aloud one of the dead woman’s favorite poems—“There Will Come Soft Rains” by Sara Teasdale.
Teasdale’s poem is a response to her disdain for and disillusionment over World War I.
•         When the United States became involved in the conflict, Teasdale turned some of her creative attention to writing anti-war lyrics, and when this poem appeared in Flame and Shadow, it carried the subtitle “War Time.”
The poem addresses the atrocity of battle from the perspective of nature
•         Of birds and frogs and trees whose lives will go on even if human beings obliterate themselves from the planet.
–        It is interesting to note that in Bradbury’s short story based on the poem, nature and nonhuman objects do not fare quite as well, eventually succumbing to their own deaths without people around to support them.
•         But Teasdale takes perhaps a more cynical approach in that nature will not only endure but will carry on without even noticing “that we were gone.” 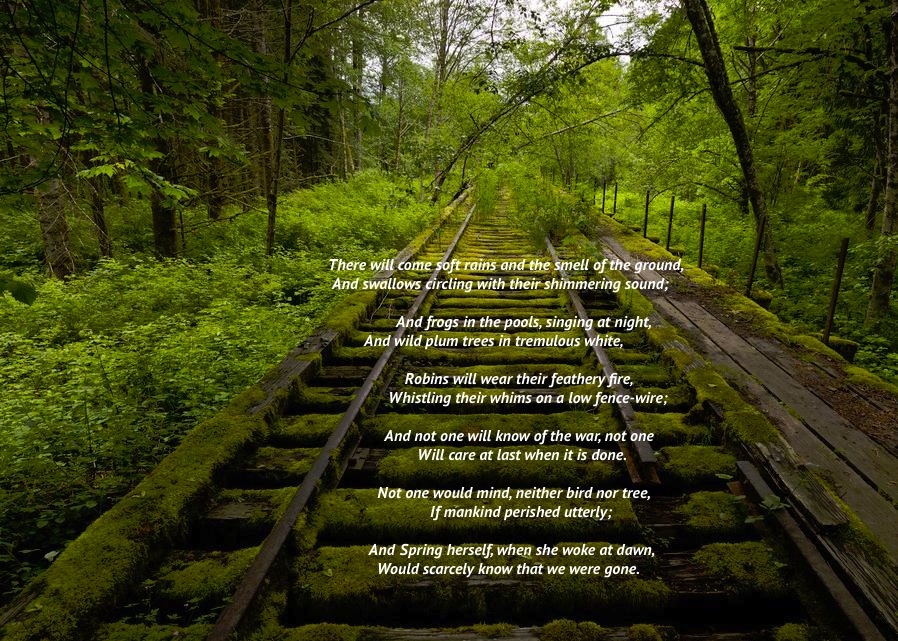 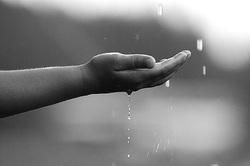 "The Bells," by Edgar Allan Poe 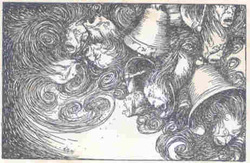 Theme: Death ultimately triumphs over life (or, life is a journey toward death).

The Bells as Death's Accomplice
•         In the first stanza, the bells keep time in a "Runic rhyme," a mysterious rhyme that pleases the ear.
–        Thus, the bells become death's accomplice, marking the passing of time–each second, hour, day, year–with beautiful sounds that continue until life ends and the king of the ghouls tolls the death knell (Stanza 4).
–        The ghouls, demons who feed on the flesh of the dead, are happy to welcome death's victims.
–        Their happiness mockingly echoes the joy expressed in the first stanza.
•         Moreover, the bells that the ghoul tolls also peal with a "Runic rhyme," like the bells in Stanza 1.
–        That characteristic of the bells is the same one that celebrated youth and marriage in Stanzas 1 and 2.
–        From the ghouls' perspective:
•          young people are the future food of the ghouls.
•         And married people produce new youths.
All the while, the bells keep time, counting each passing moment. 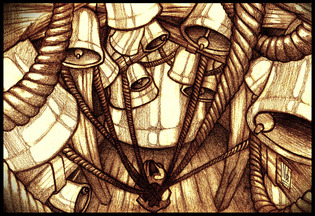 •         Onomatopoeia and alliteration occur throughout the poem, helping to support the musicality of the poem.
–        Onomatopoeia, a figure of speech in which a word imitates a sound, occurs in such words as tinkling, jingling, chiming, shriek, twanging, clanging, and clang.
–        Alliteration, in which words repeat consonant sounds, occurs in such groups as "bells, bells, bells" and "tinkle, tinkle, tinkle."
Other examples of alliteration are the following:
•         What a world of merriment their melody foretells! (Stanza 1, third line)
•         What a world of happiness their harmony foretells! (Stanza 2, third line)
•         What a tale of terror, now, their turbulency tells! (Stanza 3, third line)

"The Spider Holds a Silver Ball," by Emily Dickinson