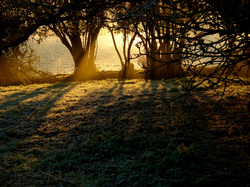 Romanticism was the dominating philosophy during the 50 year period between 1780-1830.  The Romantic Age was a shift from the ideas of the Classical Age.   During the Classical Age, writers valued reason, clarity, balance, and order, which were all things embodied in classical Greek literature.  Writers in the Romantic Age celebrated the imagination, emotions, nature, and humanity.

So what is Romanticism? 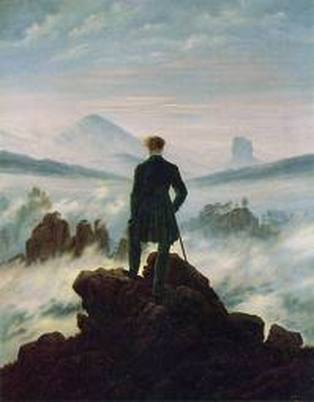 Romanticism is a philosophy focuses on the individual, the individual's rights, imagination, and emotions, and the value of nature.

During this period, the individual became the focus of Romanticism, and was valued over society.  Romantic writers were optimists who believed in the ability for humanity and the individual to achieve progress and social reform.  They championed Democratic ideals and harshly criticized the evils of industrialism, tyranny, pollution, the the alienation of people from one another. The Romantics viewed people as essentially good but they could be corrupted by the societal institutions of religion, government, and education, unlike the Neoclassical writers who viewed human nature as essentially evil.

Trends:
1. An Emphasis on imagination as a key to revealing the innermost depths of the human spirit.
2. A Great interest in the picturesque and exotic aspects of the past.
3. An enthusiasm for portraying national life and character.
4. The celebration of the beauty and mystery of nature.
5. A focus on the individual.
6. A fascination with the supernatural and the Gothic.
7. The sense of idealism. 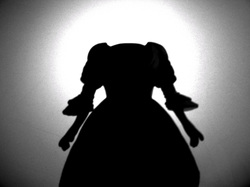 United States of America's successful revolution had freed the colonists from Great Britain's rule, but the Americas were very far away.  The French Revolution in 1789 was just across the channel and had a greater influence on the English people.  The French cry of "Liberty, Equality, Fraternity" caused a sympathetic response in English literary circles.  If the government hadn't barred William Wordsworth from going to France, he would have moved there and would have sided with the revolutionaries.

Because the Romantics believed that humanity was essentially good, but corrupted by society and institutions, they hoped that the French Revolution would lead to a society with freedom and equality for all of it's individuals.  But disillusionment quickly replaced hope for a society of equality when the masses in France turned to violence and corruption, leading to the Reign of Terror and then the rise of Napoleon.

England as a Parliamentary State: Parliament had been growing politically stronger; and by the 19th century the monarchy was largely a figurehead. Still, Parliament didn’t exactly represent the people because seats in parliament were usually inherited with titles. In 1832,the First Reform Bill  liberalized representation in parliament.

The Industrial Revolution:
The result of the Neoclassical fascination with order, reason, and science was a wealth of technological advances that fueled an economic shift called the Industrial Revolution.  England changed. England went from a dominantly agricultural society where peasants would farm land belonging to the rich aristocracy to an industrial society where the poor migrated to the cities to work in factories. Most of England's production had previously taken place in the home, but that changed as special buildings were created to house the machinery that could produce up to 50 times what an individual worker could have previously produced on their own.   Home manufacturing became an obsolete form or production. Towns became cities as people migrated there for factory work. Overpopulated slums sprung up to house factory workers.  Factory life was unjust to workers: 12-16 hour shifts, meager wages, slum life, child labor, and no educational, medical, or religious opportunities.

In many ways, Romantic ideals were a reaction to the injustices of the Industrial Revolution. Romantic idealists cried for democratic representation and government regulation against the exploitation of workers. There was also a rising awareness of the need for social justice for individuals, especially for children.  Society responded to their obligation to help the miserable, exploited and helpless.  Both the Church and the Government responded, setting up Sunday schools, building hospitals, reforming prisons, and putting regulations on child labor. There was also a renewed value and awe of nature and a disgust for city pollution.  All of these revisions were a direct result from an increased focus on the needs of every individual, especially the commoners.

The Romantic Age in England was part of a movement that affected all countries in Western Europe. The emergence and spread of the romantic spirit in England gradually became apparent in every aspect of life. Simplicity and naturalness rather than artificiality and excess characterized this new spirit and lifestyle.

Elsewhere in the World 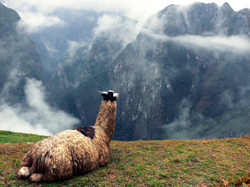 Latin America:
1780's: The colonists of Peru, Colombia, Ecuador, and Venezuela revolted against 300 years of foreign rule; but only the first uprising was successful.
1803: Haitian independence  from the French is achieved largely by the efforts of a freed black slave, Pierre Dominique Toussaint l'Overture, and his successor.

The United States:
The population was moving westward.  More and more immigrants were arriving to the States and populating ethnic communities on the frontier.  The size of the United States doubled with the Louisiana Purchase, and cotton manufacturing became the main crop with the invention of Eli Whitney's cotton gin.

A New Spirit in Life and the Arts 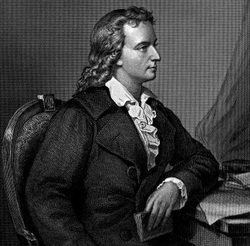