Some of the best-known poets of this period have been classed he "Fireseide Poets," so named probably because of the congeniality  and gentle persuasiveness of their finest verse.
These poets: Longfellow, Lowell, Whittier, and Holmes
All from New England, they celebrated the virtues of home, family, and democracy.  In their best verse, they display a simple diction, a courageous love of freedom, and a keen eye for natural beauties of heir eastern locale.  Writings of the long-lived Fireside Poets, like these poets own lives, spanned the century.  Works such as Snowbound and "The Chambered Nautilus," which were written after the National Period, have been included in this unit since they reflect the  spirit of the era. 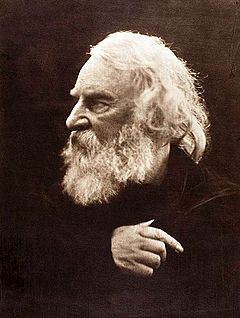 Henry Wadsworth Longfellow was a commanding figure in the cultural life of nineteenth-century America. Born in Portland, Maine, in 1807, he became a national literary figure by the 1850s, and a world- famous personality by the time of his death in 1882.

He was a traveler, a linguist, and a romantic who identified with the great traditions of European literature and thought. At the same time, he was rooted in American life and history, which charged his imagination with untried themes and made him ambitious for success. 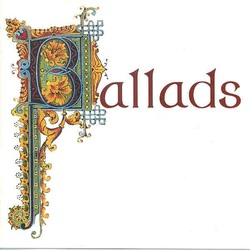 Ballad Definition: A narrative poem (a poem that tells a story) that was originally composed to be sung or recited.

Elements to look for:
1. Conversation
2. Plot