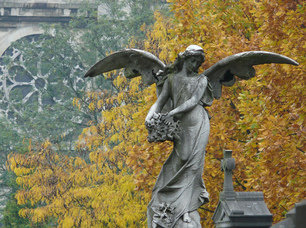 Focus on the Action:
- They have plots in which conflicts arise between characters.
- The action rises to its climax, and the conflict is resolved.
Keep an Eye on the Characters:
- Characters determine action.
Consider generalizations and conclusions that may be drawn from your reading.
- The truth of this idea transcends the narrative.
- The generalization in the poem tells us what the narrative has dramatized concretely.
- Think of fables or stories that have a moral.

A. "Phoebus and Boreas" by La Fontaine, translated by Marianne Moore
B. "The Stone," by Wilfrid Wilson Gibson
C. "The Fox and the Woodcutter," by Aesop, translated by Denison B. Hull
D. "A Poison Tree," by William Blake 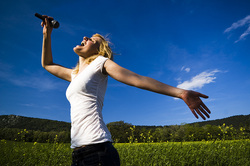 Focus on Emotion
Listen for the  poet's voice
- Images, comparisons, and word choice, as well as rhythmic and musical language all come together to express the sound of the poet's emotion.
Consider conclusions and generalizations

A. "I Wandered Lonely as a Cloud," by William Wordsworth
B. The Crazy Woman," by Gwendolyn Brooks
C. "Hope," by Lisel Mueller 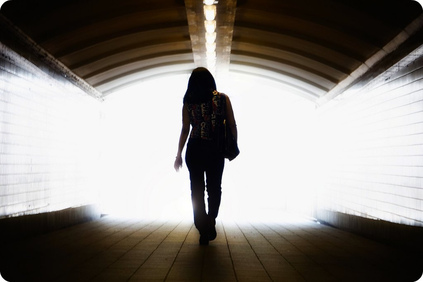 Tone is the attitude of the writer towards his or her subject. Tone may be stated or implied. Tone may be revealed by the author's word choice and arrangement of ideas, events, and descriptions.
Tone Poems:
"To Julia de Burgos," by Julia de Burgos
"The Street," by Octavio Paz
"Ordinance on Lining Up," by Naomi Lazzard 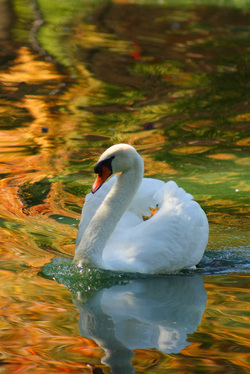 Imagery is the use of concrete details or creating images that appeal to the five senses.

By appealing to a reader's senses, a writer can more easily communicate an experience.

After reading a poem that utilizes imagery, it is almost if the reader has the same experience as the author.

The reader can imagine exactly how that experience felt, because it was so carefully detailed in the poem. 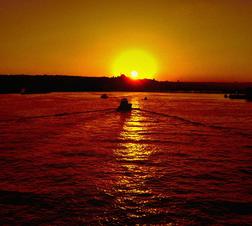 Figurative language is when a writer uses word that imply a meaning beyond what the words themselves literally or usually mean. It adds beauty, suggestion, it creates comparisons, vitality, and increases the impact of the intended meaning.
Figurative Language utilizes:
- Simile: a comparison between two things using like or as
- "He plays like an animal!"
- Actually, no.  He probably plays much better than any animal attempting to play a sport.  The meaning is not literal.  Instead, the meaning is that "he" has certain attributes of an animal such as tenacity or aggressiveness.

- Metaphor: a comparison between two things without using like or as
- "That car is a tin can."
- The vehicle is not an over sized soda can on wheels, but the metaphor implies that the similarities are that it is light, cheap, and easily crushed.

- Personification: a figure of speech when human attributes are given to non-humans, such as: animals, objects, or ideas.
- "The wind screamed and all the trees could do was groan in reply."
- Neither the wind nor the trees have vocal cords, but the human vocal characteristics help portray the sounds they make during a storm.

- Hyperbole: it is also a figure of speech, and it uses great exaggeration to emphasize strong feeling and to create a satiric, comical, or sentimental effect.
- "I'm so hungry I could eat a horse!"
- There is no physical way all the meat on a horse can fit in your belly in one sitting.
- "I'm so embarrassed that I could die!"
- Dying of embarrassment is still not a medical disease.
- "This day will never end!"

The sun spun like a tossed coin.
It whirled on the azure sky,
it clattered into the horizon,
it clicked in the slot,
and neon-lights popped and blinked "Time expired,"
as on a parking meter.. 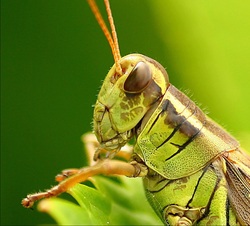 Quiz Literary Terms:
- Rhyme: Words having the same sound in their stressed syllables
- Rhyming gives the poem a musical quality (all song lyrics have a rhyme scheme).
- Rhyme Scheme:  a pattern of end rhymes, meaning the the last word of the line will rhyme with another line dependent on the pattern the poet chooses.
- Rhyming helps emphasize important words and unify the poem.
- Rhythm: an arrangement of stressed and unstressed syllables
- gives the poem a musical quality.  Think clapping to a song, you clap on the stressed syllables.  Also, think about swimming in the ocean: if you swim past where the waves break, you are floating when a wave is rolling by (think of the stressed syllables) and your feet are on the sand in between waves (think of the unstressed syllables).
- Alliteration: a repetition of sound
- See "Sonnet 65" by William Shakespeare
- "Since brass, or stone, nor earth, nor boundless sea / But sad mortality o'er-sways their power" (1-2).
- Notice the repetition of the "or" sound. The sound pattern "nor boundless sea" is also a repeated in "mortality."
- Consonance: a repetition of consonant sounds
- See "A Round Shape Water Takes Inside a Gourd" by Nguyen Trai
- "For good or ill, all fit some frame or mold" (2).
- The "f" sound is repeated.
- Assonance:a repetition of vowel sounds
- See "On the Grasshopper and the Cricket" by John Keats
- "He rests at ease beneath some pleasant weed" (8).
- The "e" sound is repeated throughout the line.
- Onomatopoeia: when a word reflects the sound that it makes
- See "In an Iridescent Time" by Ruth Stone
- "Under the apple trees, sweet rub-a-dub" (3).
-"Rub-a-dub" mimics the sound of the washing that is being described in the poem.
Free Verse: it is unconcerned with a set rhythm or rhyme scheme, and the lines have no pattern of length.

"By the Bivouac's Fitful Flame" by Walt Whitman

By the bivouac's fitful flame,
A procession winding around me, solemn and sweet and slow--but
first I note,
The tents of the sleeping army, the fields' and woods' dim outline,
The darkness lit by spots of kindled fire, the silence,
Like a phantom far or near an occasional figure moving,
The shrubs and trees, (as I lift my eyes they seem to be stealthily
watching me,)
While wind in procession thoughts, O tender and wondrous thoughts,
Of life and death, of home and the past and loved, and of those that
are far away;
A solemn and slow procession there as I sit on the ground,
By the bivouac's fitful flame.

This scene of an army camp is set during the Civil War.  War requires complete order and structure. This army, at all waking hours, is ordered by rules, protocols, hierarchy, formations, and order.  But at this moment, as the camp sleeps, and the fires die down, a soldier has a chance to allow his thought reprieve from all the order.  The free verse of the poem mimics the freedom of the soldier's thoughts and memories.  For a short while, the ordered soldier can be a mere man.  Just like this soldier is escaping the constricting structure or war, the poem escapes from the confines or rhythm and rhyme.

Haiku
Haiku is the shortest form of Japanese poetry, and it follows a very strict pattern: Seventeen syllables, divided into three lines of five, seven, and five syllables.
Haiku poetry places two elements together, and links them only by implication.  It is up to the reader to interpret that implication. The focus on imagery helps the poet to strip language down to it's barest and most precise state.  The poet depends on the reader to make the connection between the two images based on the very specific clues.
Just like the meaning of the poem is implied, the emotion of the poem is also stated indirectly through the chosen images and in the order they are arranged. 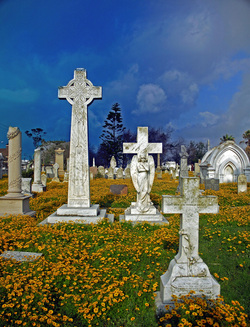 Edgar Lee Masters portrays life in small town America through the voices of the dead.  Spoon River is a fictional town made up of fictional people.  The inhabitants tell about themselves in short poems.  From their testimonies, readers learn of relationships between townsfolk, old arguments, and perspectives on life and death.

Notice: Extended Metaphor
- Hope is being compared to a singing bird in the soul.  The comparison extends through the poem as she continues to refer to the bird's resilience in different situations.
- Hope, or the bird's song, is sweetest and most appreciated in the middle of a storm, which stands for hard times in a person's life.  Only a really bad storm or experience could discourage hope.
- The bird has kept it's chicks warm, but it also refers to the ability of hope to warm the soul in difficult times.
- The continuance of hope can be found even in the midst of the worst emotional crisis, and yet it never has to be sustained or supported by the speaker.