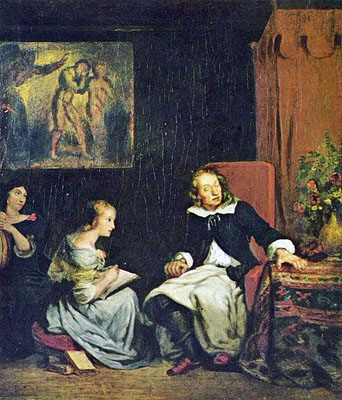 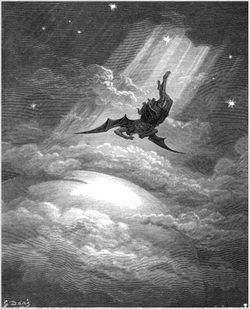 Main Theme
........In Book 1 of Paradise Lost, Milton reveals the central theme of the work: to justify the ways of God to man. Justify here means to explain and defend, and ultimately to vindicate, God’s course of action in dealing with Adam and Eve after they succumbed to the temptation of Satan and ate forbidden fruit.
Other Themes
Inordinate pride: It leads to Satan's downfall and his continuing defiance of God.
Envy: Arising from Satan's pride, it makes him jealous of God the Son, who is the favorite of God the Father.
Revenge: It motivates Satan to corrupt Adam and Eve and thereby subvert God's plans.
Vanity: It leads Eve to believe—under the temptation of Satan—that she can become godlike.
Deceit: Satan appears in many disguises and tells many lies during his mission to trick Adam and Eve.
Infidelity: Adam betrays God by siding with Eve and eating the forbidden fruit.
Unbridled pursuit of knowledge: It leads Adam and Eve to seek knowledge beyond their ken, knowledge that will make them godlike.
Volition: Angels and humans alike possess free will, enabling them to make decisions. Satan freely chooses to rebel against God, and Adam and Eve freely choose to eat forbidden fruit. The consequences of their actions are their own fault, not God's. Milton uses this theme to help support the central theme, "to justify the ways of God to man."
Disobedience: All sins are acts of disobedience against God, impairing or cutting off the sinner's relationship with God. Adam and Eve and all of the devils disobey God through their sins.
Loyalty: Loyalty to God and his ways are necessary for eternal salvation. Loyalty requires obedience. All of the good angels exhibit loyalty.
Repentance: Even though Adam and Eve have disobeyed God, their repentance makes them eligible for eventual salvation.
Hope: At the end of Paradise Lost, Adam and Eve enter the imperfect world with hope; they can yet attain eternal salvation.
Redemption: Through the suffering and death of the Son of God, sinful man can reconcile himself with God if he is sincerely sorry for his sins. 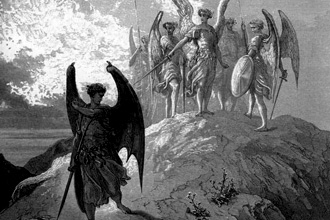