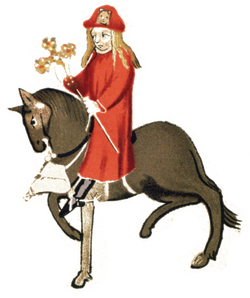 The Pardoner will offer a sermon as a performance, part of a process-analysis under the rubric "present company excepted" in which he takes the pilgrims into his confidence. He claims that although his theme is always "Radix malorum est Cupiditas" (334, 426), he nevertheless, ironically, is obsessed with appropriating money (like the Wife's obsession with authority and the book), and doesn't care about the remission of sins (403-404). He explains how he uses his "gaude[s]" (389) to manipulate "lewed peple" (392). Without his usual audience the soliloquy is self-destructive, and maybe self-hypnotic. (Thomas Garbaty used to read 435-455 with an effective growing insanity, suggesting that the Pardoner loses emotional and intellectual self-control, snapping out of his own nightmarish world only at the last lines of the Prologue.) He says that although he is "a ful vicious man, / A moral tale yet I yow telle kan" (459-460). So in any case the telling is set up as a hollow ritual. Aware of his isolation, the Pardoner's attempts to rejoin society are misguided, partly due to his insensitivity. He attempts to join here by proving his superiority. He has to be intellectual to survive, but this may have turned into egomania. He scorns his usual low-class audience and thinks this more educated group will share his opinion. So it's a demonstration of his typical con -- how he manages to survive and manipulate audiences, but it involves his moving back and forth between apparent audiences. 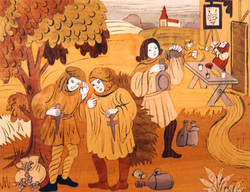 The tale is an exemplum on avarice. (Exempla are stories that illustrate a theme in preaching, usually found in collections.) The setting is dramatic this time, taking place in a tavern to set the innate hypocrisy here (470). Although avarice is the focus, the Pardoner includes drunkenness, gluttony, swearing, gambling, and maybe other sins; his choices probably depend on which sins "can be made to sound most exciting" (Donaldson 1093). The Pardoner has a detailed knowledge of low life. He does not euphemize sin: it's truly nasty here. He seems to have control over the sequencing of the other sins he incorporates too. But is he talking about gluttony? Or something else? 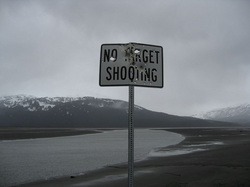 Three Types:
1. Verbal Irony:  words imply the opposite of what they really mean
2. Situational:  A state of affairs presented the is the opposite of what is expected
3. Dramatic Irony: This occurs in fiction or drama when the audience/reader knows more than than a character or characters do.