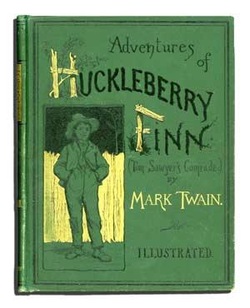 Changes in Subject:
These three are the most renowned writers of this period.  They wrote about the areas in which they lived and within their own realms of experience.  Whitman, who pronounced himself to be the "poet of America," used bold images and symbols from average workplace objects in an effort to portray the truth of the American experience.  Twain set his greatest works in Middle America, the place where he grew up along the Mississippi River.  Dickinson discovered most of her inspiration within her Massachusetts home and the small household events she experienced.
Changes in Form:
All three are marked by their astonishing use of language and form.  Twain actually used humor in his novels, which had not been done before.  Dickinson used slant rhyme in her poetry, the syntax of her lines is rather bizarre.  Whitman developed free verse as a legitimate poetic form.  The language that they used was the language of everyday life: farms, factories, housewives, and steam boatmen.

Realism: The style of writing describes real-life experiences, with the hope that the truth of the experience will be clear through objective writing. 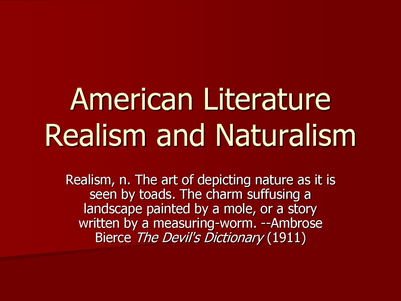 Beginning with Twain's writing in the 1860's, Realism dominated most American Fiction written up through the 1930's.
Realism is partly a reaction to Romanticism, because many felt that Romantic fiction was too idealized, to neatly patterned, too grandly tragic and heroic to reflect real life.  Realists were concerned with the immediate ethical consequences of everyday actions.  To help readers "experience" real life, they attempted to re-create everyday reality, for they believed the truth of experience was to be found in events described accurately and objectively, undistorted by the writer's imagination.