To Kill a Mockingbird

A Helpful article on the historic trial that the Tom Robinson case is modeled after: 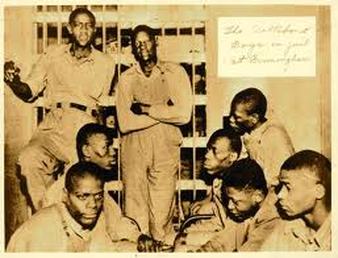 Harper Lee was a young girl while the historic Scottboro case occurred.  There are many similarities between this historical case and the fictional case of Tom Robinson from the book.  This is an article about the case, written by Richard Wormser and published by PBS:

During the 1930s, much of the world's attention was riveted on the "Scottsboro Boys," nine black youths falsely charged with raping two white women in Alabama. This case, more than any other event in the South during the 1930s, revealed the barbarous treatment of blacks. The case began on March 25, 1931, when a number of white and black youths were riding on a freight train, traveling to see if they could find work. A fight broke out between a group of black and white hobos, and the whites were thrown off the train. They reported the incident to a stationmaster, who wired ahead for officials to stop the train at a town called Paint Rock. Dozens of armed men rounded up nine black youths and took them to jail. They were about to be charged with assault when two white women, dressed in boys clothing, were discovered hiding on the train. Although there was no evidence connecting the youth to the women, the nine youths were charged with raping the women. The women -- who had had sexual relations with some of the white men thrown off the train and fearing prosecution for their sexual activity with the white men -- agreed to testify against the black youths. The trial was held in the town of Scottsboro, Alabama. The all-white jury convicted the nine, and all but the youngest, who was 12 years old, were sentenced to death.

The announcement of the verdict and sentences brought a roar of protest in the North. The Communist Party USA took charge of the case and carried out a two-fold battle -- in the courts and on the streets. In 1932 the U.S. Supreme Court overturned the convictions (Powell v. Alabama) on the grounds that the defendants had not received adequate legal counsel in a capital case. The state of Alabama then retried one of the accused, Haywood Patterson, and once again convicted him. But the trial judge, James Horton, set aside the verdict on the grounds that he did not believe the defendant committed the crime. That decision caused him to be defeated in the next election. The state then retried Clarence Norris to see if the Supreme Court would again intervene. Norris was sentenced to death, but in 1935 decision the U.S. Supreme Court (Norris v. Alabama) overturned this conviction, ruling that the state had excluded blacks from juries.

Alabama again tried and convicted Haywood Patterson, this time sentencing him to 75 years in prison. Further trials of the rest of the defendants resulted in more reconvictions and appeals until, after persistent pressure both Northern and Southern groups, Alabama freed the four youngest defendants (who had already served six years in jail) and later paroled all but Patterson. Patterson escaped in 1948 and fled to Michigan, where, three years later, he was convicted of manslaughter and died in prison. The last known surviving member of the group, Clarence Norris, fled to the North after his parole in 1946 and was granted a full pardon by the Governor of Alabama in 1976. 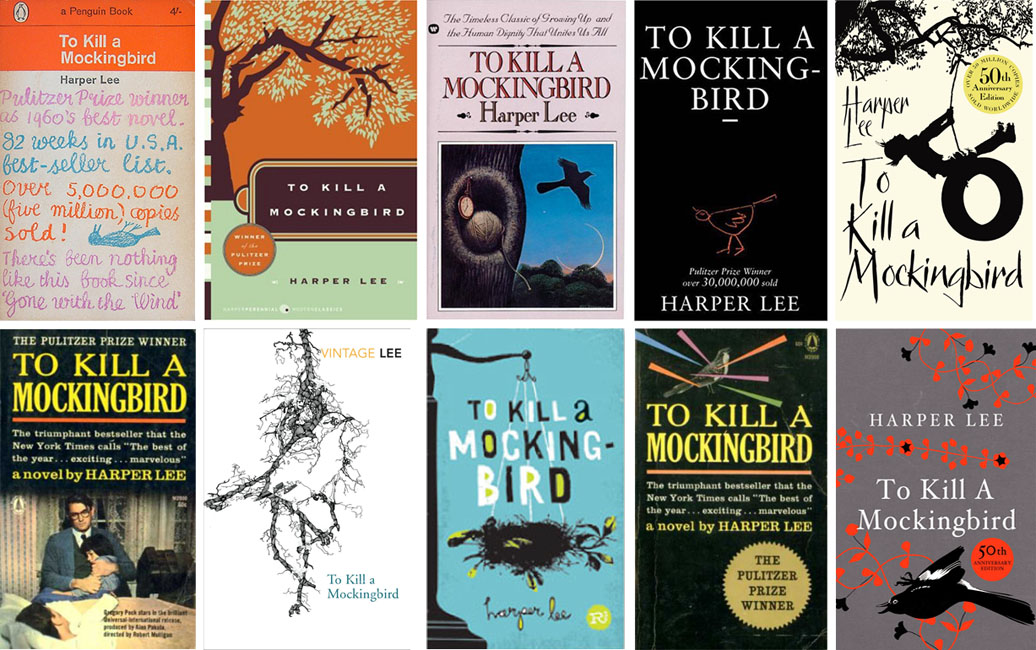 Racial slurs, profanity, and blunt dialogue about rape have led people to challenge its appropriateness in libraries and classrooms so often that, today, the American Library Association reports that To Kill a Mockingbird is one of the most challenged classics of all time and still ranks at number 21 of the 100 most frequently challenged books of 2000–2009. Even as recently as 2011 and amid 326 other book challenges for that year, it ranks in the top ten more than 50 years after seeing print.

Perhaps the first major incident surrounding the book was in Hanover, Virginia, in 1966 when a parent protested that the use of rape as a plot device was immoral. Several examples of letters to local newspapers- which ranged from amusement to fury- expressed mostly outrage over the depictions of rape. Upon learning that school administrators were holding hearings regarding the book’s appropriateness for the classroom, Harper Lee sent $10 to The Richmond News Leader suggesting it to be used toward the enrollment of “the Hanover County School Board in any first grade of its choice.”

With the shift of attitudes about race in the 1970’s, To Kill a Mockingbird faced challenges over concerns that the treatment of racism was not condemned harshly enough which led to contrasting perceptions between blacks and whites. While the novel had a generally positive impact on white readers, a more uncertain reception was given by black readers.

It was challenged in the Vernon Verona School District in Sherill, New York and temporarily banned in Eden Valley, Minnesota in 1977 due to the words “damn” and “whore lady” being used in the novel.

Shhhh…don’t let them see the classic movie adaptation of Gone with the Wind.

A common reason to challenges brought forth in the 1980’s labeled it a “filthy, trashy novel.” The Warren, Indiana schools dealt with a challenge to it in 1981 because the book does “psychological damage to the positive integration process and represents institutionalized racism under the guise of good literature.” After unsuccessfully trying to ban Lee’s novel, three black parents resigned from the township’s human relations advisory council.

A challenge in the Waukegan, Illinois School District in 1984 was over the use of the word “nigger.” Echoing challenges in Kansas City and Park Hill, Missouri junior high schools were because the novel contains profanity and racial slurs.

It was retained on an extra-credit eighth grade reading list in the Casa Grande, Arizona School District despite the protests by black parents and the NAACP who charged the book was unfit for junior high use.

In one high-profile case outside the United States, school districts in the Canadian provinces of New Brunswick and Nova Scotia attempted to have the book removed from standard teaching curricula in the 1990’s, stating:

“The terminology in this novel subjects students to humiliating experiences that rob them of their self-respect and the respect of their peers. The word ‘nigger’ is used 48 times [in] the novel… We believe that the English Language Arts curriculum in Nova Scotia must enable all students to feel comfortable with ideas, feelings and experiences presented without fear of humiliation…To Kill a Mockingbird is clearly a book that no longer meets these goals and therefore must no longer be used for classroom instruction.”

In 1995 it was challenged in the Santa Cruz, California Schools over its racial themes and banned from the Southwood High School Library in Caddo Parish, Louisiana because the book’s language and content were objectionable. A challenged in the Moss Point, Mississippi School District in 1996 over a single racial epithet contained in the novel. It was next banned from the Lindale, Texas advanced placement English reading list because the book “conflicted with the values of the community.”

Moving on into the not-so-enlightened 21st century, an unsuccessful 2001 challenge by a Glynn County Georgia School Board member was because of profanity.

It was returned to the freshman reading list at Muskogee, Oklahoma High School in 2001 despite complaints from black students and parents about racial slurs in the text. Next it was challenged in the Normal, Illinois Community High School’s sophomore literature class in 2003 as “being degrading to African Americans” and at the Stanford Middle School in Durham, North Carolina in 2004 because of the word “nigger.”

Challenges at the Brentwood, Tennessee Middle School in 2006 were due to the book containing profanity and “adult themes such as sexual intercourse, rape, and incest.”  The complainants also contend that the book’s use of racial slurs promotes “racial hatred, racial division, racial separation, and promotes white supremacy.”

It was retained in the English curriculum by the Cherry Hill, New Jersey Board of Education in 2007 after a resident objected to the novel’s depiction of how blacks are treated by members of a racist white community in an Alabama town during the Depression and feared the book would upset black children reading it.

Hmmm…did this parent ever read a history book?

In another incident from Canada, it was removed from the St. Edmund Campion Secondary School classrooms in Brampton, Ontario in 2009 when a parent objected to language used in the novel, including the word “nigger.”

We have here a novel set in a time of tremendous social unrest that was The Great Depression. The effects of the Civil War were still rippling through the American South and unless you’ve never read even a basic history book, you’re well aware that the social status and public treatment of most blacks was dismal at best.

This is literature using fiction at its best and mixing it with autobiographical elements to reflect a complex time in American history. Here we are almost 100 years after the events in To Kill a Mockingbird and we are once again facing a bleak and uncertain financial future; rapes still occur on a daily basis; and racial strife continues to permeate many aspects of social interaction. I think what upsets people the most about the themes in this book aren’t that they are in the book but that they did, and still do exist, outside of the pages of fiction in our supposedly modern and very real society. The truth is that these elements hit too close to home for many people and the easiest way to deal with that discomfort is to shove it back into the shadows of fear and ignorance rather than open a book, learn from history, and use that knowledge to create meaningful dialogues in order to examine and better our united futures.